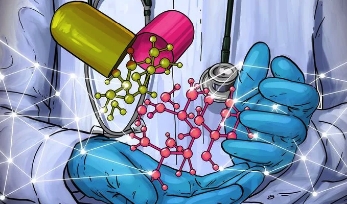 A brief history of drug discovery

Even the most common diseases are complex.

What is a disease?

To start with, how do you define a disease? Is a disease the same in you as it is in your friend? Is it the same in you at one point in time and in another? On what granularity level is it the same and on what is it different? What is it that the disease affects? Do you know exactly what it alters in your body? Do you know for sure that it alters nothing else?The characteristics of an illness – a structural or a functional disorder in the body or the mind – is a function of multiple arguments including time. Fighting it, thus by the virtue of its mission, is inherently complex.

The use of plant products supplemented by animal materials and minerals as folk medicine is the start of the long history of drug discovery. Many civilizations through time and geography have relied on trial and error experiments.The standard experiment would be to get the human or animal to ingest the mixture created and note the subsequent observable reactions – like a rash or a cough, accompanied by vocalization of how one felt if the subject happened to be human.For a brief period in history (just a few centuries ago), peaking in the 16th and 17th centuries, many Europeans, including royalty, priests, and scientists, routinely ingested remedies containing human bones, blood, and fat as medicine — for everything from headaches to epilepsy!Good for us, we have come a long way from that.

As shown above, Edward Jenner’s invention of vaccination was a turning point. In 1796, he inoculated a boy using the fluid from the blister of a woman with cowpox (a mild disease related to smallpox). The boy got cowpox. Two months later, Jenner inoculated the boy with fluids from the blister of a smallpox sufferer. The boy was immune.This was definitely a much more sophisticated way of thinking about diseases and cures.Followed by a wave of scientific investigations in medicine, in the 1800’s, reason started to matter. John Hunter found out that scurvy was caused by a lack of vitamin C. Many years later, Louis Pasteur discovered the germ theory proposing that micro-organisms such as bacteria, viruses et al were carriers of diseases. Path(way) breaking!The 1900s upped the Cluedo of investigative medicine substantially. Pharma industry took center stage leading the way for chemically synthesized drugs via screening of natural products and isolating active ingredients for treating diseases. By 1970, Cellular and Molecular Biology entered the picture, enabling scientific dreams of getting to the bottom of alterations in our body.Annihilate the bug, fix the broken link, heal the patient — the possibilities were endless.But while investigative medicine theory was shaping up to be further built on, the question remained. How?One way to fight a disease is to identify a target that you wish to attack (with the prime objective of a cure). This might seem like the only way to work around illnesses.Any normal person with a bruised knee would just apply antiseptic to their knee and not on their elbow or lower back. Why should the molecular level treatment be any different?Well, because it is not easy to identify the target and to isolate it as the sole affected party is a different challenge.

Aspirin and other drugs

For years, if something worked, it didn’t matter how, why and where it worked.A classic example is Aspirin – the beloved drug relied upon by millions of people suffering from pains and aches around the world.Aspirin is a synthetic derivative of the natural salicylic acid, which has been known for millennia for its healing properties. However, it was only in 1970s that scientists found out how it worked. That Aspirin prohibited the synthesis of prostaglandins – which amongst other things sends messages of pain and discomfort to the brain – sounded great!But subsequent research also found unfortunate spillovers – prostaglandins also protect the stomach mucosa. Popping an aspirin every now and then led a bunch of users to experience nausea, indigestion, and bleeding.Could this have been avoided if we knew the exhaustive scope of what aspirin did in our bodies?Another complicating angle to medicine is that what may work for you may not work for your friend. Actually, it may not even work for you at a later time point.Let us think of what a drug does.

The baton of cure will be passed to personalized medicine. This is not a distant sci-fi dream. Getting bio-molecular data is becoming increasingly cheap, fast and efficient. The challenge now is deciphering what they mean and accurately identify a target.

As it stands, a validated target is an outcome of ~1000s of experiments that generate ~20 different forms of biomedical data generated by ~10 scientists with different background and expertise working collaboratively over ~2-5 years.

With rapidly changing transcripts, can we afford this much time? What if something could enhance the quality of our investigation but reduce the time taken to a few months?

Polly – A collaborative platform for Target ID and Validation

A platform like Polly enables scientists to focus on what’s important – the outcome, while efficiently taking care of the details. The thing is, there is not quite anything like it, which is specifically designed to accelerate the drug discovery process.This is the foreseeable future.

‍Book a Polly demo today and see how it makes your biological analysis easier.So now that you know all this – how would you fight a disease?‍