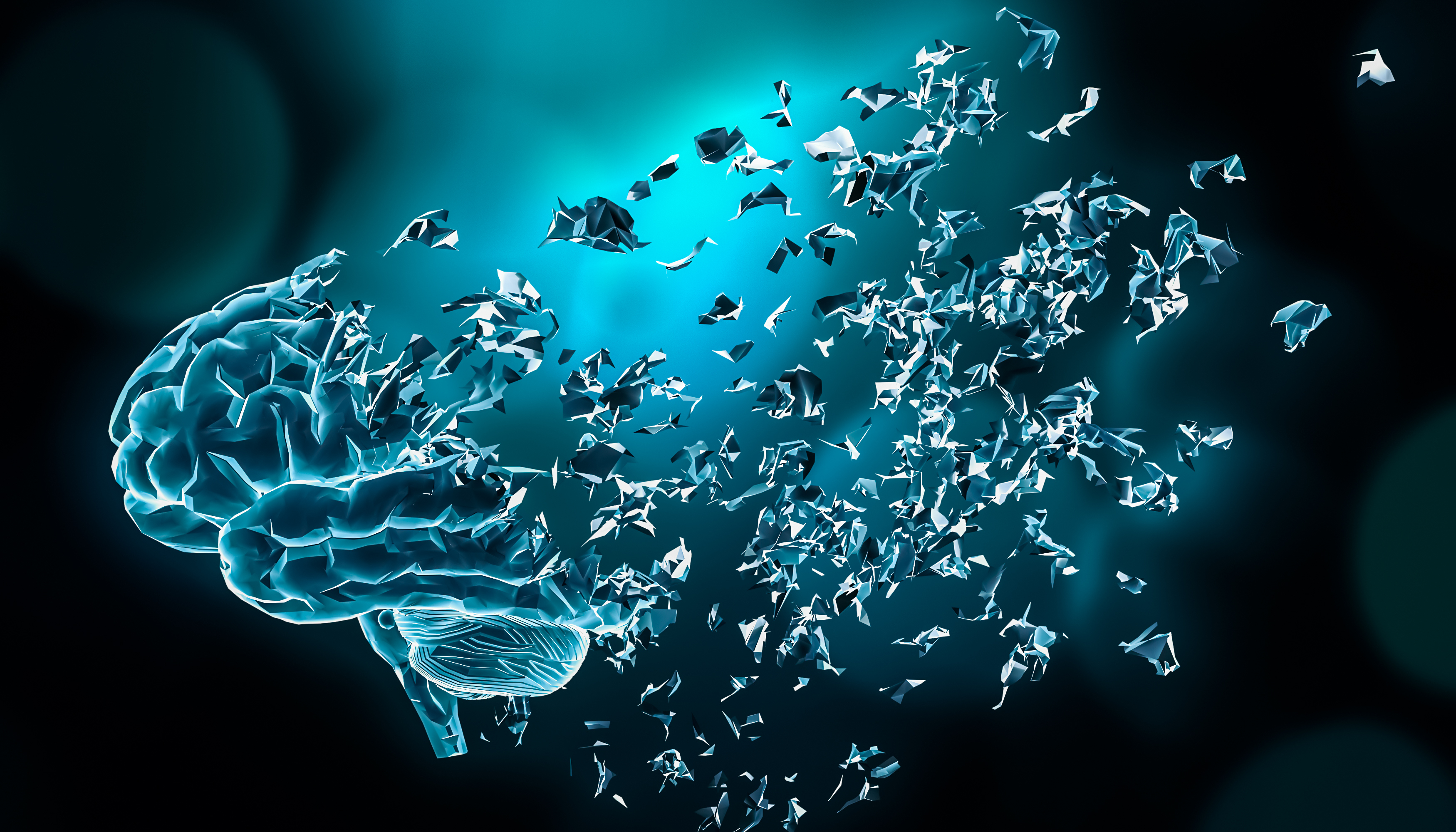 Neurodegenerative diseases (ND) are very complex disorders. Though there has been significant progress in the understanding of neurodegenerative diseases, more focus is needed on developing early diagnostic tools, providing access to more effective personalized therapies, and understanding more about misfolded proteins and their role in ND. Advanced technologies such as robotic microscopy, CRISPR screening, machine-learning methods, and high-throughput screening have increased our ability to capture data in ND research multifold. However, this mass accumulation of data has not yet translated into diagnostic and therapeutic solutions to effectively treat ND and needs to be tapped to generate actionable insights. Here, we have curated 10 datasets, each of which has made a relevant contribution to further the understanding of important ND such as amyotrophic lateral sclerosis (ALS), Parkinson’s disease (PD), Huntington's disease (HD), and Alzheimer's disease (AD).

Explore these interesting datasets about the human single-nuclei transcriptomic atlas for substantia nigra,  differential gene expression in ND patients versus healthy controls,  the epigenetic landscape of normal aging in Alzheimer’s disease, gender-based differences in age-related ND, etc. You can find more highly curated datasets on ND (see figure below) from different repositories that can be visualized and analyzed using our DataOps platform, Polly.

The histaminergic system (HS) is critical in cognition, sleep, and other behaviors. Although not well studied in autism spectrum disorder (ASD), HS is implicated in many neurological disorders, some of which share comorbidity with ASD. Preliminary studies suggest that antagonism of histamine receptors 1-3 reduces symptoms and specific behaviors in ASD patients and relevant animal models. In addition, the HS mediates neuroinflammation, which may be heightened in ASD.  The authors have used RNA sequencing (RNA-seq), investigated the genome-wide expression, as well as a focused gene set analysis of key HS genes (HDC, HNMT, HRH1, HRH2, HRH3, and HRH4) in postmortem dorsolateral prefrontal cortex (DLPFC) initially in 13 subjects with ASD and 39 matched controls.

The authors noticed that while there was no significant diagnosis effect on any of the individual HS genes, expression of the gene set of HNMT, HRH1, HRH2, and HRH3 was significantly altered. Curated HS gene sets were also significantly differentially expressed. This study represents the first specific analysis of the expression of histamine-related genes in ASD and suggests that these genes may collectively be dysregulated. Understanding the physiological relevance of an altered HS may suggest new therapeutic options for treating ASD.

A human single-cell atlas of the substantia nigra reveals novel cell-specific pathways associated with the genetic risk of Parkinson’s disease and neuropsychiatric disorders.

Huntington's Disease (HD) is a devastating neurodegenerative disorder that is caused by an expanded CAG trinucleotide repeat in the Huntingtin (HTT) gene. The authors present a genome-wide analysis of mRNA expression in the human prefrontal cortex from 20 HD and 49 neuropathologically normal controls using next-generation high-throughput sequencing. Surprisingly, 19% (5,480) of the 28,087 confidently detected genes are differentially expressed (FDR<0.05) and are predominantly up-regulated. A novel hypothesis-free geneset enrichment method that dissects large gene lists into functionally and transcriptionally related groups discovers that the differentially expressed genes are enriched for immune response, neuroinflammation, and developmental genes. Markers for all major brain cell types are observed, suggesting that HD invokes a systemic response in the brain area studied. Unexpectedly, the most strongly differentially expressed genes are a homeotic gene set (represented by Hox and other homeobox genes), that are almost exclusively expressed in HD, a profile not widely implicated in HD pathogenesis. The role of inflammation and the significance of non-neuronal involvement in HD pathogenesis suggest anti-inflammatory therapeutics may offer important opportunities in treating HD.

Aging is the strongest risk factor for AD, although the underlying mechanisms remain unclear. The chromatin state, in particular through the mark H4K16ac, has been implicated in aging and thus may play a pivotal role in age-associated neurodegeneration. Here the authors compared the genome-wide enrichment of H4K16ac in the lateral temporal lobe of AD individuals against both younger and elderly cognitively normal controls.

They find that while normal aging leads to H4K16ac enrichment, AD entails dramatic losses of H4K16ac in the proximity of genes linked to aging and AD. Their analysis highlights the presence of three classes of AD-related changes having distinctive functional roles. Furthermore, they discovered an association between the genomic locations of significant H4K16ac changes with genetic variants (SNPs) identified in prior AD genome-wide association studies (GWAS) and with expression quantitative trait loci (eQTLs). Their results establish the basis for an epigenetic link between aging and AD.

Gene expression changes in the course of normal brain aging are sexually dimorphic.

First, different forebrain regions exhibited substantially different gene profile changes with age. For example, comparing equally powered groups, 5,029 probe sets were significantly altered with age in the superior-frontal gyrus, compared with 1,110 in the entorhinal cortex. Prominent change occurred in the sixth to seventh decades across cortical regions, suggesting that this period is a critical transition point in brain aging, particularly in males.

Second, clear gender differences in brain aging were evident, suggesting that the brain undergoes sexually dimorphic changes in gene expression not only in development but also in later life. Globally across all brain regions, males showed more gene change than females. Further, gene ontology analysis revealed that different categories of genes were predominantly affected in males vs. females.

These data open opportunities to explore age-dependent changes in gene expression that set the balance between neurodegeneration and compensatory mechanisms in the brain and suggest that this balance is set differently in males and females, an intriguing idea.

Tau aggregation in neurofibrillary tangles (NFTs) is closely associated with neurodegeneration and cognitive decline in Alzheimer’s disease (AD). However, the molecular signatures that distinguish between aggregation-prone and aggregation-resistant cell states are unknown. In this study, the authors developed methods for the high-throughput isolation and transcriptome profiling of single somas with NFTs from the human AD brain, quantified the susceptibility of 20 neocortical subtypes for NFT formation and death, and identified both shared and cell-type-specific signatures. It was found that NFT-bearing neurons shared a marked upregulation of synaptic transmission-related genes, including a core set of 63 genes enriched for synaptic vesicle cycling. Oxidative phosphorylation and mitochondrial dysfunction were highly cell-type dependent. Apoptosis was only modestly enriched, and the susceptibilities of NFT-bearing and NFT-free neurons for death were highly similar. Their analysis suggests that NFTs represent cell-type-specific responses to stress and synaptic dysfunction. They provide a resource for biomarker discovery and the investigation of tau-dependent and tau-independent mechanisms of neurodegeneration.

Wilson disease is caused by a defect in a copper transporter leading to copper accumulation in the liver and brain, leading to liver and/or neuropsychiatric symptoms. This study compares the plasma metabolomics profile of patients with the genetic disorder Wilson disease, compared to healthy subjects matched by age, sex, and BMI. The authors hypothesize the acylcarnitine and primary metabolite profile will differ between patients with Wilson disease and healthy subjects and that these differences may indicate specific metabolic abnormalities.

UK Biobank is a collection of half a million individuals with paired genetic and phenotype information that has been valuable in studies of genetic etiology for common diseases and traits.

To summarize, phenotypes included both data pulled from electronic medical records as well as participants' survey responses to questionnaires given online or at the clinic. The Pann-UkBioBank GWAS data consists of the multi-ancestry analysis of 7,221 phenotypes across 6 continental ancestry groups. Here, we look at the case of Alzheimer's disease.

Polly’s OmixAtlases provide FAIR biomolecular data on the Polly platform enabling researchers to carry out robust data analysis and effective consumption of omics data. Reach out to us at info@elucidata.io for more details. 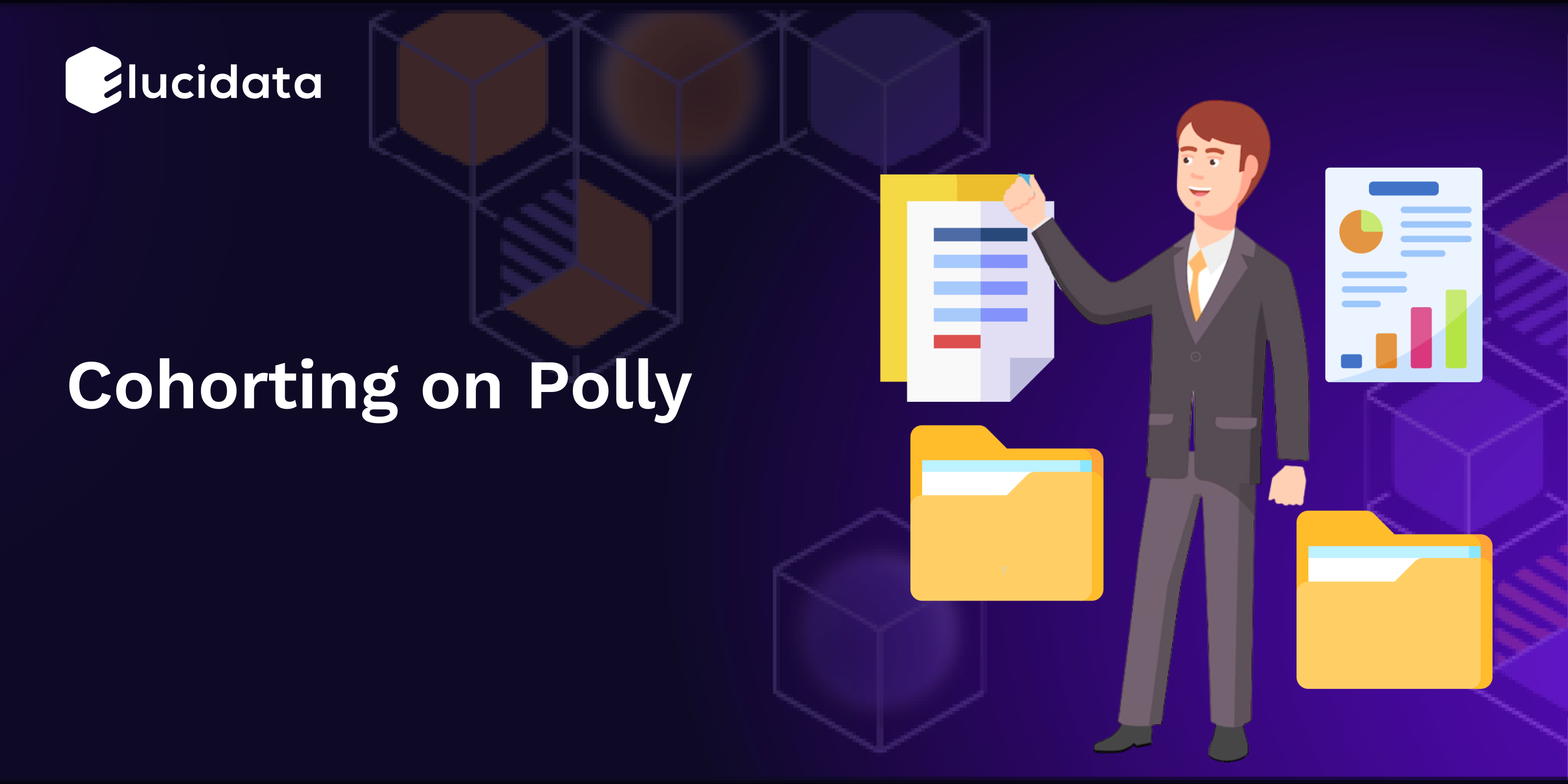 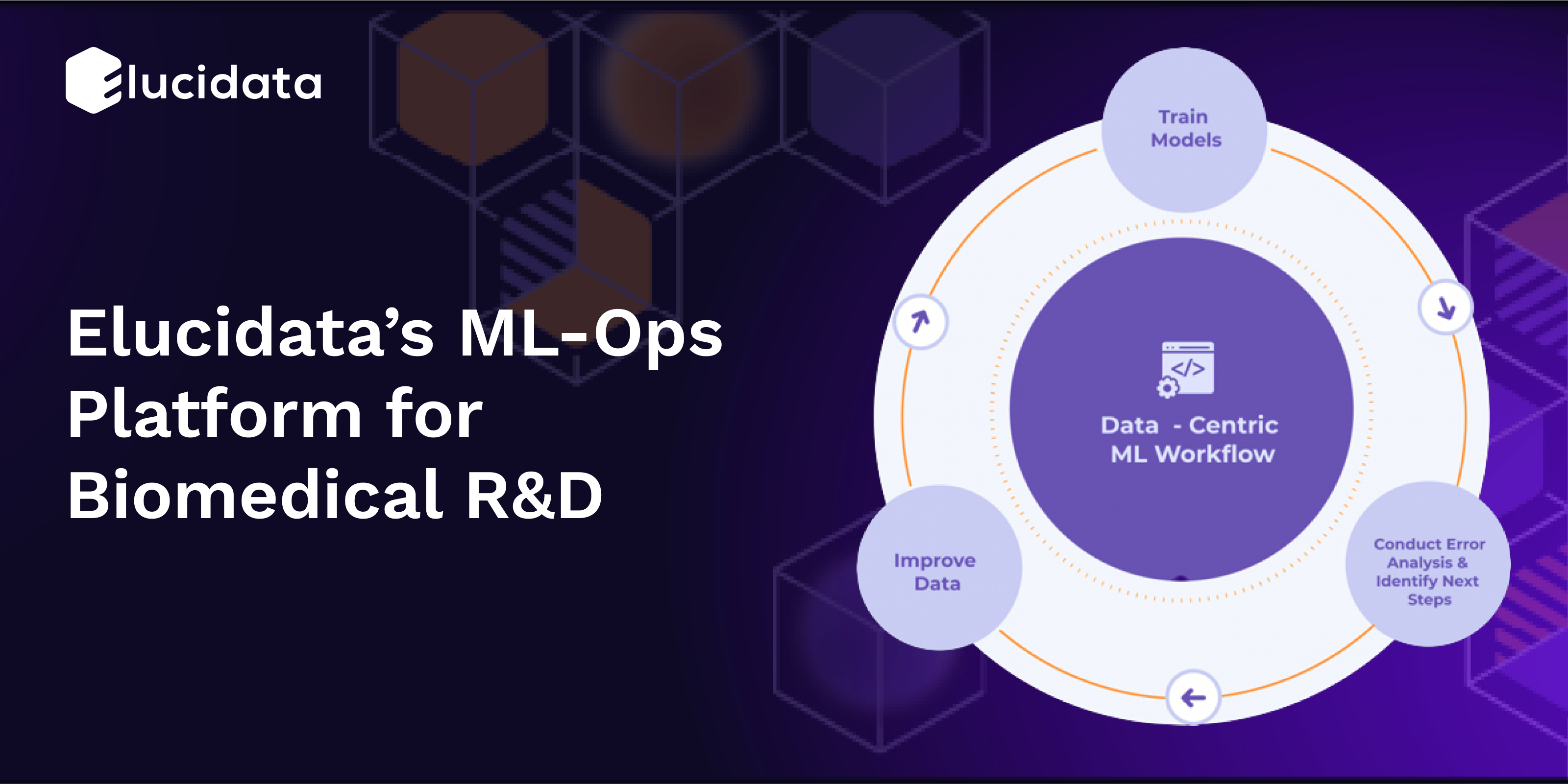 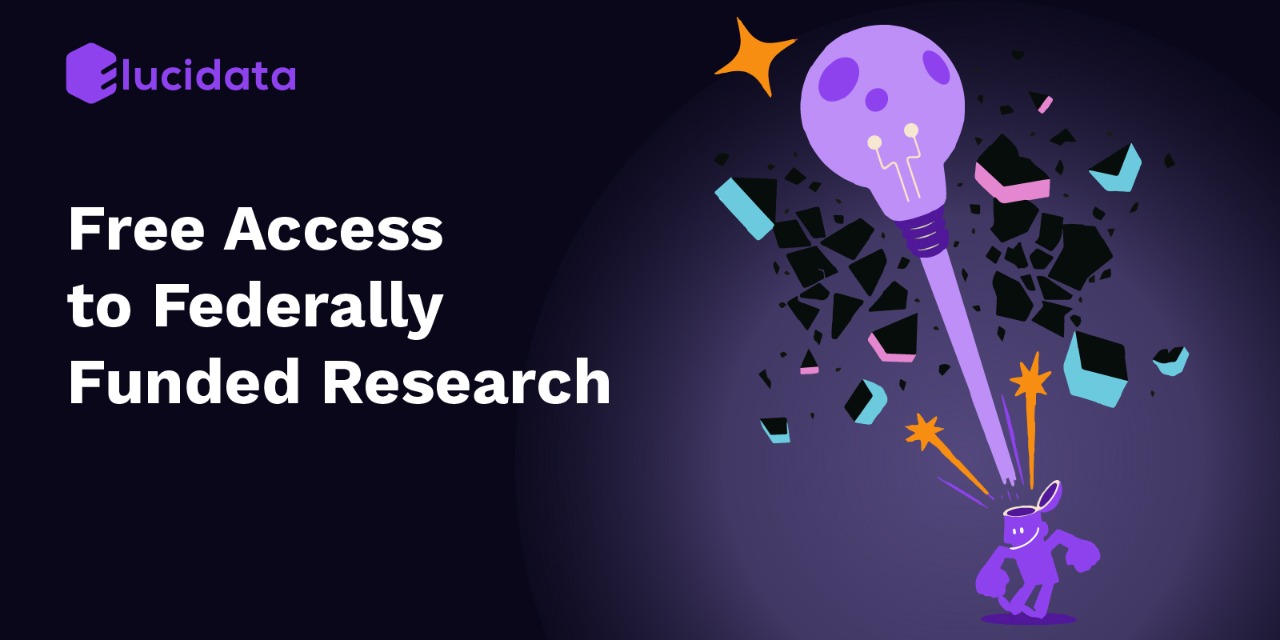 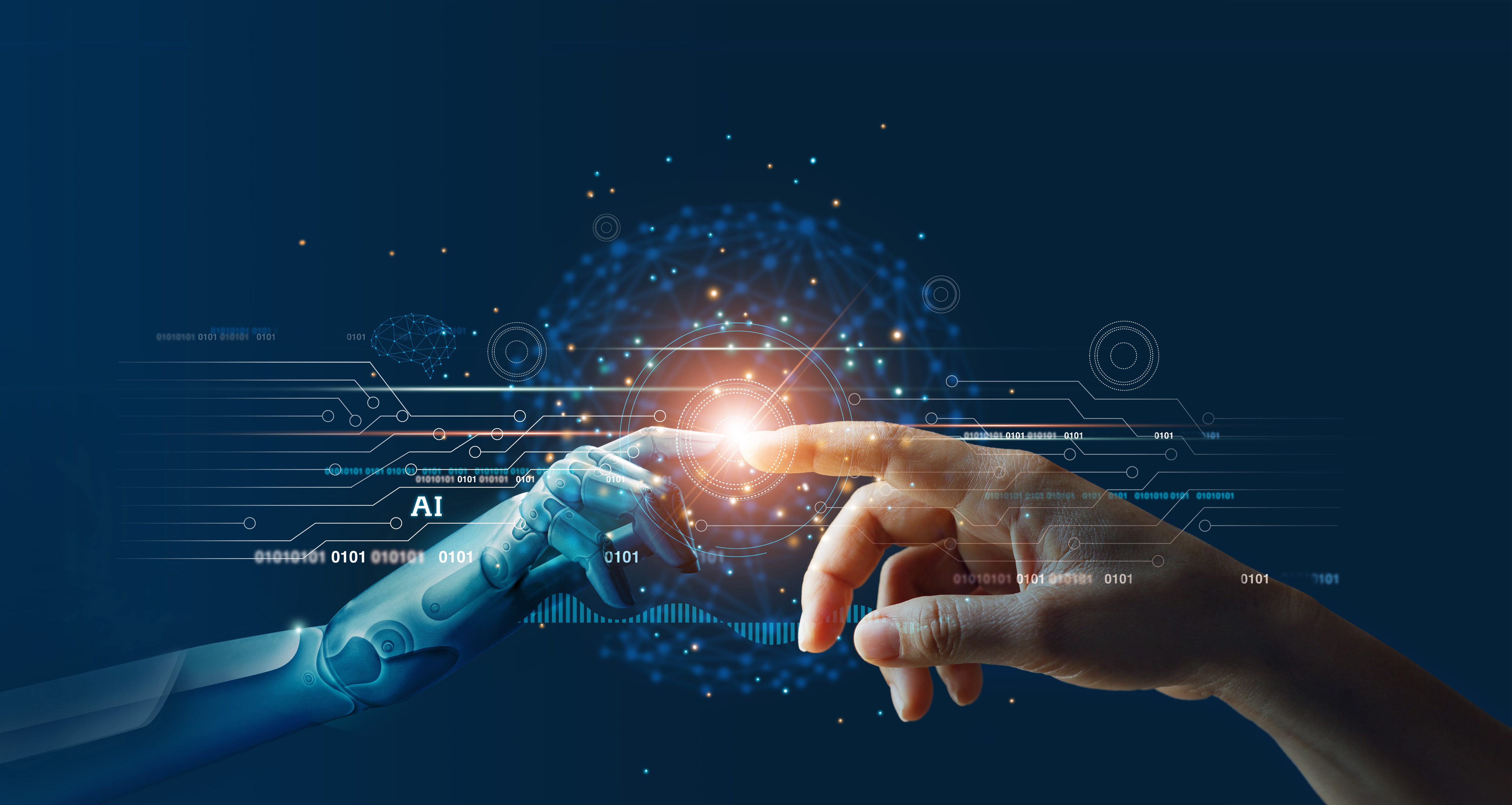 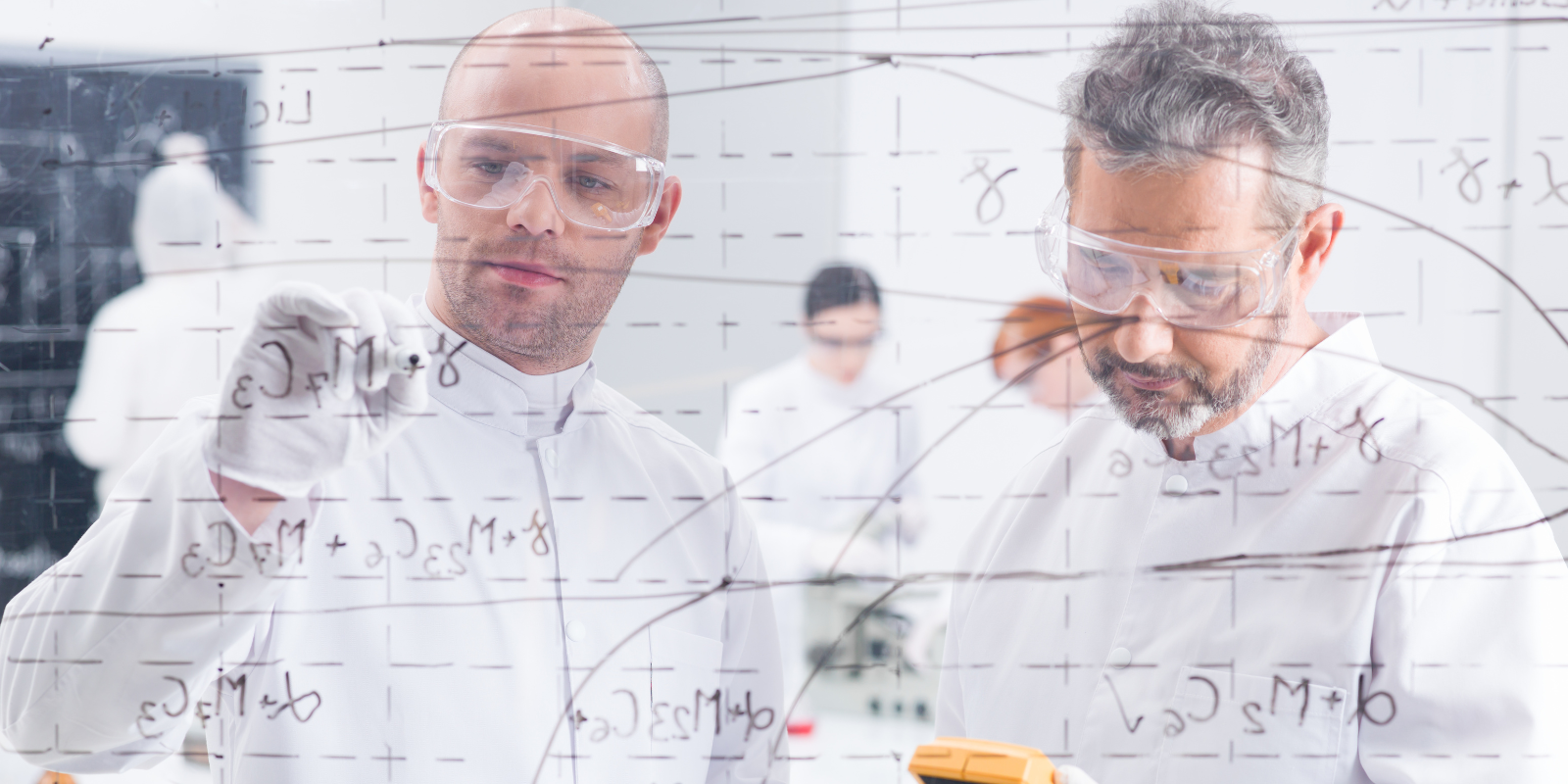