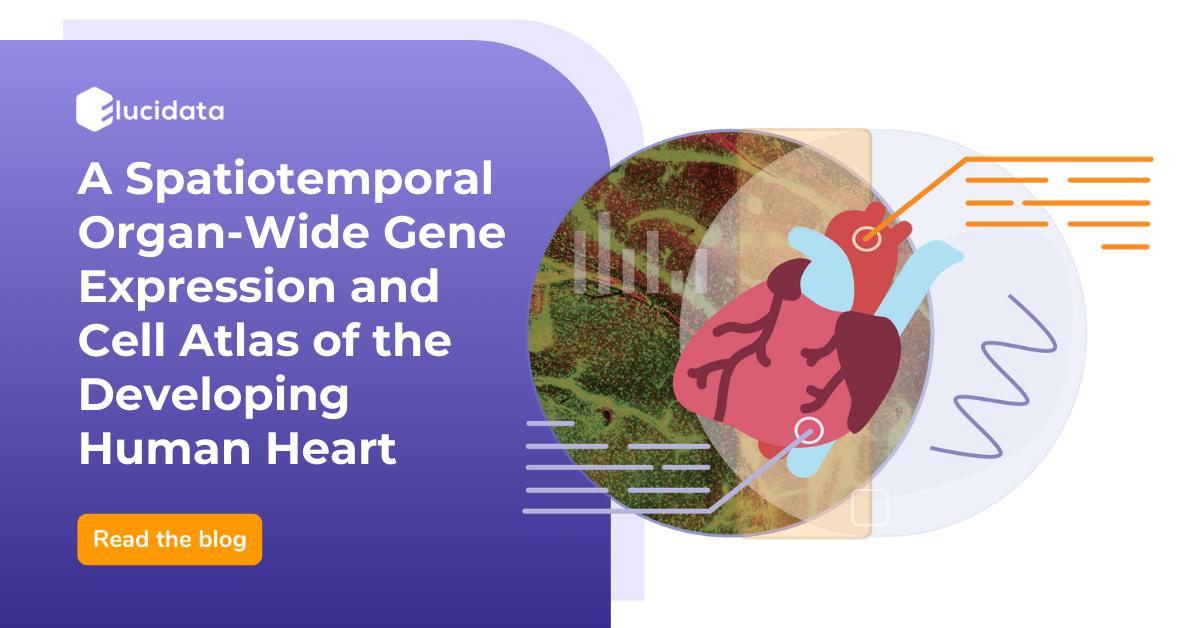 The First Spatiotemporal Cell Atlas of the Developing Human Heart

Spatial transcriptomics, Nature’s Method of the Year - 2020, is a novel omics technique that provides positional information in addition to gene expression data. Combining tissue localization of genes with their expression levels helps obtain a holistic snapshot of the tissue of interest. Since its conception in 2016, spatial transcriptomics has seen varied research applications, ranging from surveying tumor micro-environments to elucidating cellular heterogeneity in the brain.

This paper comes from the Lundeberg lab in Sweden, one of the pioneers of spatial transcriptomics. The researchers utilize a three-pronged approach to understand the molecular changes associated with the development of the human embryonic heart. The combinatorial use of in situ sequencing (ISS), scRNA-sequencing, and spatial transcriptomics led to the development of a spatial subcellular map during cardiogenesis. It resulted in creating the first publicly available cell atlas of the human embryonic heart.

The heart is one of the human body's first solid organs to attain full functionality in the developing embryo. Its development takes place during three main phases at 4.5, 6, and 9 weeks post conception. Spatial transcriptomics analyses of samples obtained at these time-points showed that while the bulk gene expression levels did not significantly vary across these stages, spatially conserved clusters could be identified and mapped to distinct regions of the heart. Differential gene expression analysis and gene ontology of these clusters revealed location-specific functional characteristics. For instance, trabecular clusters could be differentiated from the others based on enrichment in oxidative metabolism.

To verify the expression data obtained by bulk spatial transcriptomics analysis and assess cellular heterogeneity, scRNA-seq data was compared to spatial transcriptomics data from the same time-points. A significant correlation between gene expression data obtained using both techniques was observed, whereas some unique changes associated with each technique were also identified. Dimensional reduction and clustering of the scRNA-seq data revealed tremendous diversity in the cell types that participate in cardiogenesis.

ISS is a comparatively more focused approach that utilizes specific probes to target genes of interest at the subcellular level. This study used ISS to develop a spatial cell map of the various clusters previously identified by scRNA-seq. Comparisons between spatial marker genes and scRNA-seq data led to the identification of cell-type subpopulations within the clusters. Notably, a population of MYOZ2 and FABP3 enriched-cardiomyocytes localized to the atria and ventricles were shown to be involved in human cardiogenesis for the first time.

Harnessing the power of spatial transcriptomics in tandem with other high-throughput techniques has resulted in the compilation of the first-ever organ-wide cell atlas of the developing human heart. It is available for public use and can be viewed here: https://hdca-sweden.scilifelab.se/a-study-on-human-heart-development/. It includes spatial transcriptomics and scRNA-seq data explorer, an ISS data viewer, and a 3D model of the developing heart aligned with the ISS data.