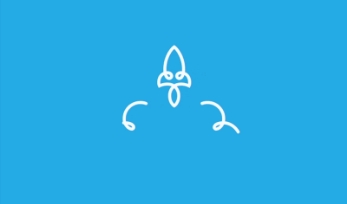 On October 31st, 2017 we introduced Polly to the world. It had 5 applications and 1 workflow, all trying to answer a singular question,

What if biologists and biochemists could analyze and process data, that took months, in minutes?

We answered the question with our Polly Metabolomic Flux workflow (PollyPhi) which could go from raw mass spec data to pathway level flux visualizations in just minutes rather than weeks or months which was the industry standard then.

Our hypothesis that Polly would significantly enable our users, proved right. The growth in the number of beta users and their dataset runs gave our hypothesis validation.

Based on customer validation and user feedback we charted the next version of Polly. In addition to functionality, our ideology for Polly as a software, has also evolved.

We now think of Polly as not just a processing tool but as a full-fledged platform which can be used for target discovery. This process of target discovery through multi-omics data has been etched in our minds as the EPIC framework. To be honest, the EPIC framework deserves an article of its own and we shall do that soon but for now, let’s understand very briefly what it means.

EPIC stands for ingEstion, Processing, and Interpretation of omics data and Collaboration over the insights from that data. This process is what we believe all metabolism labs follow or should follow in the process of target discovery or for that matter even when generating a hypothesis or validating it.

This is exactly where the story of Polly V2.0 begins.

The first release of Polly only aimed at processing data but with the help of user feedback, we realized that our 400+ registered users needed challenges solved in the other steps of the process too.

This brought us a new set of “What-ifs” which is what Polly V2.0 is all about.

What if Omics data could be viewed on interactive Pathway visualizations?

Polly v2.0 offers a pathway dashboard which has been integrated to the Polly IntOmix and is soon going to be integrated to other workflows on Polly as well. It will also be available as a separate offering which users would be able to integrate with any custom workflows.

What if users could ask questions from Polly about their data?

Polly v2.0 comes with an interpretation dashboard which tries to answer questions of users using a variety of machine learning models. A very successful implementation of this has been the publication module, which shows a user publicly available articles based on the dataset they are analyzing.

What if users can customize and build their own workflows on Polly?

To allow this, Polly v2.0 uses a two-pronged strategy.

First, users are allowed to switch analytical and visualization modules on or off based on what they want. Anyone running a workflow will be able to do this.

Secondly, a user can now look at the code of the workflow in IPython on Polly and change it as they like. Furthermore, bioinformaticians will be able to add their own modules as they deem fit or even make a workflow from scratch by combining their custom-made modules.

What if the same platform could be used for managing, collaborating and tracking analysis and data?

Over the last few months, a lot of work has gone into enhancing Polly’s platform features such as sharing, project management, tracking parameters, restoring analysis, documenting analysis as Knowledge repositories and more. All of this has been to allow not just a singular user but labs as a whole to use Polly for their analysis and data management capabilities.

This version of Polly has been long in making and we hope that you’re as excited to use it, as we were while building it. Polly v2.0 is available for a demo now.

You can click here to schedule a demo or simply send a mail to pollydemos@elucidata.io and we will get back to you.